Being a celebrity comes with a price , you hardly see a celebrity without one or two controversies surrounding him/her. Both the things they did and things they didn’t do attracts lots of controversies. That you are a celebrity doesn’t necessarily mean that everyone will play along with you, there are actually some people that become famous just by writing controversial articles about celebrities.people just have to know what the baggages that come with been a celebrity are before thinking about becoming one. You can check out all the latest Ghana celebrity news on buzz Ghana, 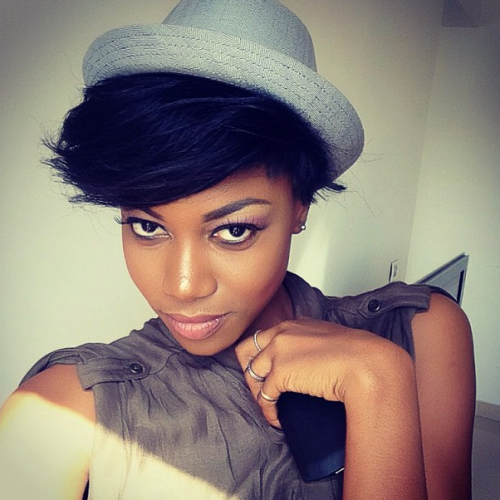 Yvonne is one of the most popular Ghanaian celebrities, an actress and a model that knows how to stay in the headlines, just recently she exchanged words with a blogger who claims Yvonne Nelson’s team sent her an article to publish and Yvonne took it to twitter to blast the blogger. Another of these Controversies surrounded her is that of her break up with Nigerian musician and boyfriend Iyanya, who did a diss song about her “Your Waist. To mention but a few. That is a wrong way to make news? 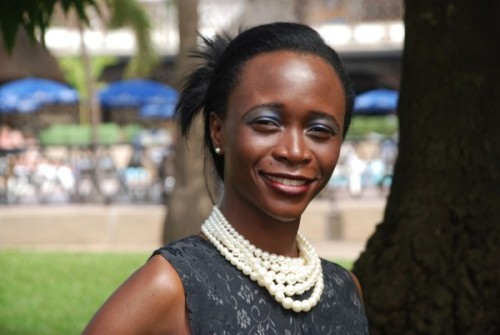 A filmmaker.  She has problems with several Ghanaian movies on the market and is alleged to engage fellow filmmakers in verbal crossfire over their works.  She even came out with her own list of award winners after she attended the 2013 Ghana Movie Awards, implying that the organizers didn’t do their jobs well.  She certainly has the right to criticize, but we wonder how good she is at taking criticism 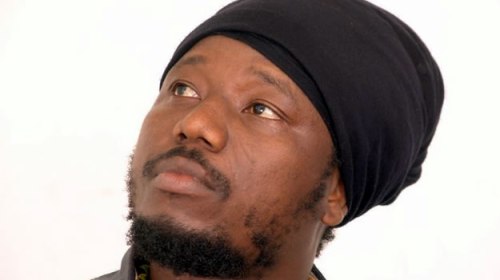 A controversial radio presenter in Ghana. He speaks his mind and says whatever he likes on air, which creates lots of controversy, dont realy care whose feet he is stepping on. He mostlylashes out on politicians and takes issue with most Ghanaian songs and events. He was recently reported to have slapped fellow musician Wanlov Kubolor. 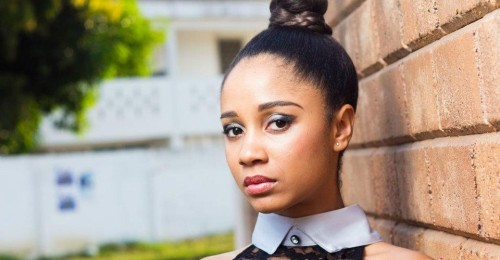 Fashion designer, TV personality,and musician, Sister Debbie as she is popularly called, seems to court controversy as effectively as her brother Wanluv Kubolor.  Her debut single “Uncle Obama” and the accompanying video raised  controversy in the Ghanaian showbiz industry.  Since then her popularity has escalated as she loudly makes waves in the media and on social media.  She recently appeared on the red carpet of the Channel O music video awards in South Africa almost naked, wearing a black see-through dress that fully displayed her black panties.  Sister Debbie’s controversial celebrity star is surely on the move. 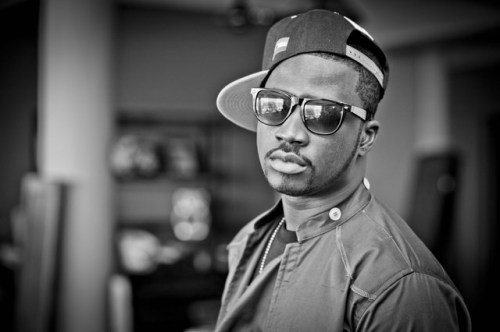 Asem holds the title as the most-controversial artist in modern times. From releasing controversial songs to ranting about anything that don’t go on well with him. Like I always say he’s the Ghanaian Kanye West.

There are different stereotypes surrounding Ghanaian people, some common while others are personal. In a recent article by buzzghana.com, it was argued that a lot of people might describe Ghanaians differently maybe based on a personal experience with just one Ghanaian, but you cannot because of a personal encounter and make a general conclusion that all Ghanaians are like that, as much as I take an exception to that, Ghanaians certainly do have some things in common, and there are some experiences anyone that comes to Ghana must encounter in one way or the other.Here are 5 undisputable facts about Ghanaians 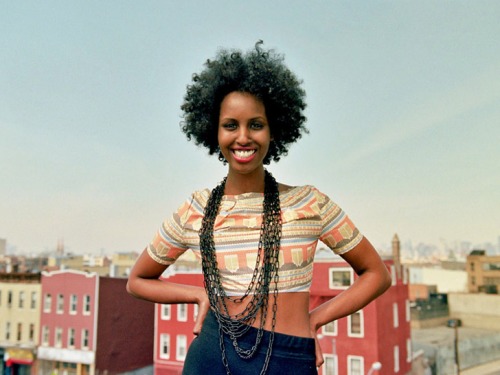 1) Some Ghanaians are fair complexioned:

Many people have this believe that all Ghanians are dark in complexioned. Their original notion is that they are all black skinned, not just dark or brown. To see a fair complexioned person in Ghana, people often suspect that he is from another country. Many white people married black Ghanians and their offsprings complexion is brighter. That is not the only reason, there are also naturally fair people here but majority of Ghanaians are very dark. 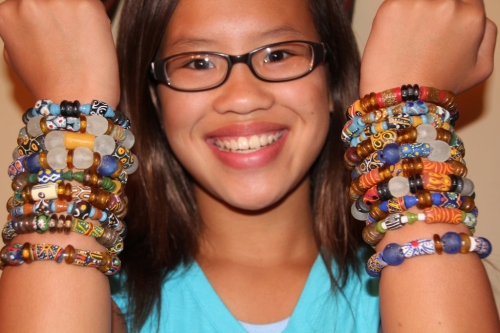 Ghanaians themselves attest to this, that their own people are pretenders . Ghana has capitalized on  the good image they have had towards international community and would want to continue with that  even when its obvious that thing are not alright back at homed,instead of crying out, they would rather act as if all is well .  Ghanians are humans hence they have their own share of flaws and inadequacies. This attitude of theirs could be a smart strategy to get what they want but it is equally a dangerous thing to deal with a chameleon. Be yourself and let the world know you for who you really are and not what you desire to become. Many youths of Ghana are into Internet scam popularly known as Sakawa, so 419 is not peculiar to Nigeria like most people think.

An average Ghanaian and  will choose a white man inplace of a black man.  Ghanaians want to copy everything western. This is a total deviation from what  Kwame Nkrumah hoped  to achieve with African Unity.Lets not misunderstand this, this simply means that  a Ghanaian can sabotage his fellow blacks just to get the  favour of a white man.That such mental weakness and appreciation of ones race as submissive to a superior one is annoying . An average African man will promote his culture and not fall weakly into the arms of a white man

The  democratic system of government in Ghana made it in such a way that a party stands for something. A party manifesto is known, what a party believe in is in the heart of the followers and they stick to their dogma. In this system cross-carpeting is not that easy.Each political party is more like a religion, and everyone knows what to expect when a particular party is in power. Party politics is not for convenience, you are born into a party, your family is in a party. Its not so easy to decamp unlike some other African countries.

A visit to rent control will reveal that many aggrieved foreigners living in Ghana have resorted for justice against their mean landlords or, land lady as the case may be. They feel that because they are foreigners, greedy landlords try to take advantage of them. Many have similar experiences of cheating and deliberate defiance of housing contract.

Ghana is the home of renowned authors known both locally and internationally, whose creative writings/ fictions/ plays/poetry has affected lives. A moment of going through books written by these ghanaians, you will discover truth and wisdom about life embedded therein, that shows the reason why you find them at every major bookshop. Even in the course of  making this list, I found out that there are many books within this category hence making it a little bit hard to come up with a comprehensive list, nevertheless I still came up with this list of 5 most popular books by ghanaian authors. 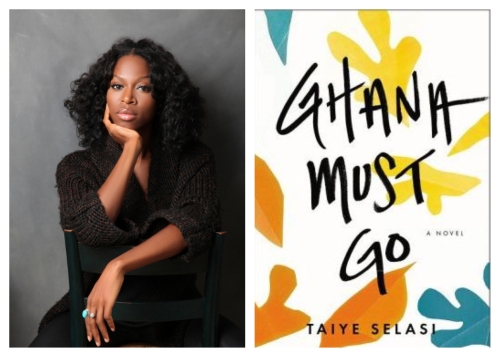 Written by Taiye Selasi, born in london and raised in Massachusetts by a Nigerian and Ghanaian parents. Ghana Must Go” tells the story of Folasadé Savage, who leaves Lagos for Pennsylvania, where she meets her Ghanaian husband, Kweku Sai, a brilliant surgeon. Fola, as she is called, gives up her dream of going to law school in order to raise their four children. After losing his job, Kweku abandons them all and returns to Ghana.The  title was chosen as a result of  the expulsion of Ghanaians from Lagos in 1983, and the book is first of all an immigrant story. Such an interesting piece of work you will love to explore. 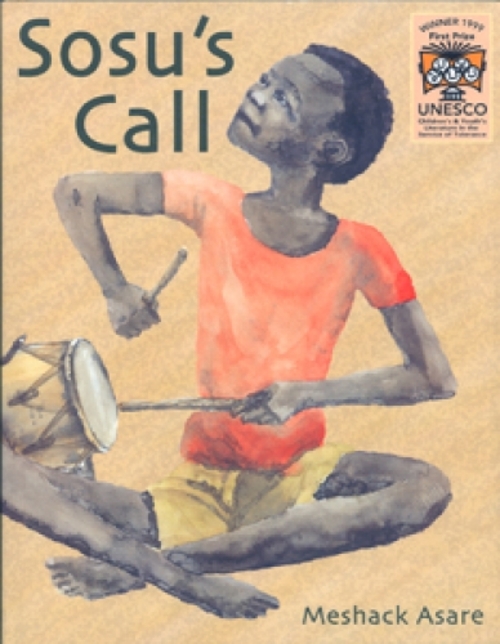 In 1999, it Won the UNESCO Prize for Children and Young People’s Literature. The book is beautifully illustrated as the story of Sosu, a young boy who is disabled; Sosu cannot walk. He does not go to school or participate in the activities of the other children. But his life changes when he saves his village, which lies on a lagoon, from being destroyed by the sea. As the waters rise, Sosu begins drumming and alerts the people who are out fishing. He is rewarded for his heroism with a wheelchair, and so at last, goes to school. The book was written by Meshack Asare, born 1945 in Ghana and studied Fine Arts at the College of Art in Kumasi 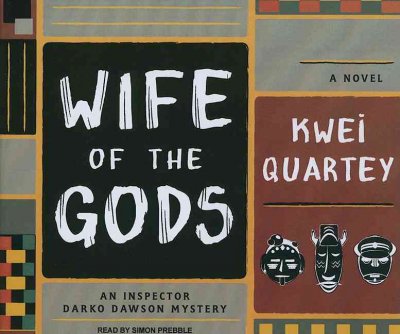 Written by an author Kwei Quartey, was born in Accra, the capital of Ghana. He’s a practicing physician in California.The wives of the gods are women or girls among a small population in a particular region of Ghana who, according to Quartey, are given over to a type of priest to atone for the crimes of their families. According to Kwei Quartey, “They do a lot of hard work for him,” (trokosi the priest). “And once they’ve reached puberty, he has sex with them.” In Wife of the Gods, the murdered AIDS worker was trying to warn the women about their risk of contracting an STD from the priest for whom they were working.

4) The beautiful ones are not yet born 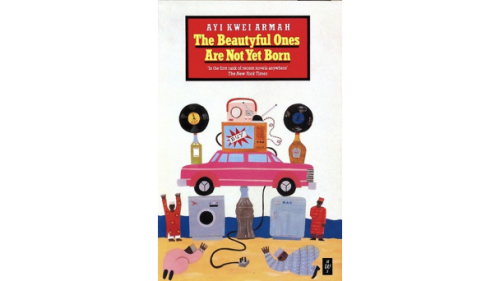 Ayi Kwei Armah was born in 1939 to Fante-speaking parents in the port city of Takoradi, Ghana. The main theme of the novel is that of corruption  in Africa. The novel tells the story of a man who was finding it difficult to settle himself with the reality of Ghana after it gained independence. The main character, “The Man” as referred to throughout the whole novel, refuses some temptation as people tried to bribe him, but his actions of trying to be clean angered his wife and his mother in law. The Man kept a humble occupation, and regardless of the constant scorns from his wife, he lived an honest life, even if that condemned him to a life of poverty. The author used the man to represent some common man in Ghana – who has no choice, but to live in the poorest slums and live from hand to mouth. The author used the novel to expresses his disappointment and sarcasm engendered in Ghana in the times after Ghana gained independence, between Passion Week in 1965 and February 1966. The author used different reinforcement of literature to depict his feelings. He used exaggeration to express his bitterness, the themes and characterization as well as some symbols and tone or words to show his sadness towards the government of Ghan

5) The Seasons of Beento Blackbird 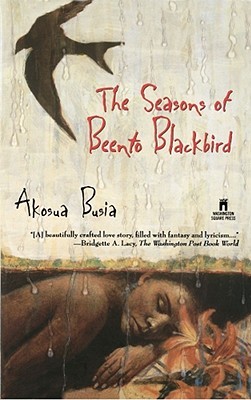 A love story written by  Solomon Wilberforce, a passionate novelist.  The Seasons of Beento Blackbird  is about a man who gets a double helping of love. He has two wives, each of which he loves in a different way.  His first wife lives in the Caribbean, the second one lives in Ghana.  Solomon divides his time spending winters on a beautiful island with Miriam, his first and older wife, summers with the younger Ashia in Ghana, and the remaining time in New York where he works as a children’s book writer under the pseudonym Beento Blackbird. Both women are in agreement with the arrangement, though maybe not so wholeheartedly.  It’s really complicated.